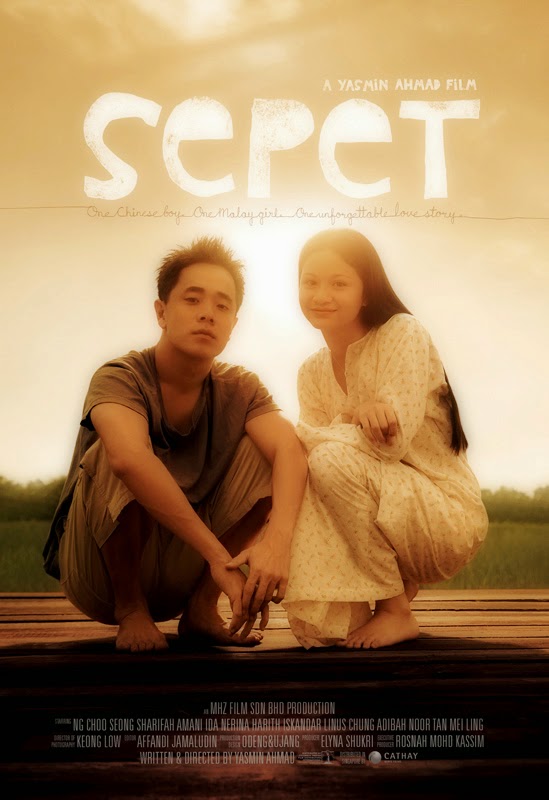 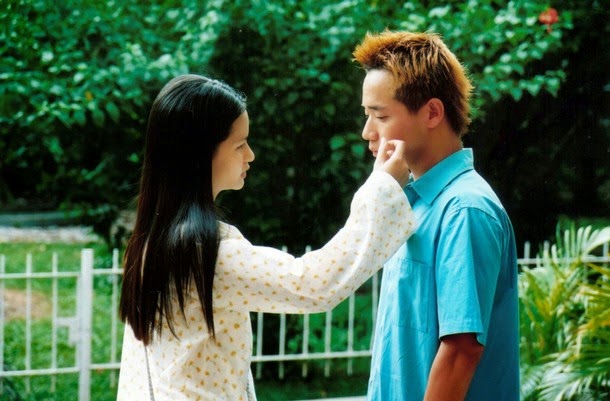 Sepet (Yasmin Ahmad, 2004) follows a love story between Orked, a young Muslim Malay girl who admires Hong Kong movie stars and Loong (Jason), a Chinese Malaysian who engages in selling pirated VCDs on a street market and surprisingly has a passion in reading and writing poetry. The plot revolves around the two young lovers from totally different background and how they cope with their families and social pressure throughout the film.

There were several important issues highlighted in the film that I would like to discuss about. These include the issues such as multiculturalism and hybridity, injustice and discrimination as well as stereotypes that reside in the multiracial society in Malaysia.

As an indie filmmaker, Yasmin explored the issues that were rarely discussed in the majority main stream Malay films. Collectively, indie films including her works represented a more multi-ethnic face of the nation. (Khoo, 2009) The film was also categorized as an alternative cinema which studies about the ethnic relationships and inter-racial love between a Chinese boy and a Malay girl. (Muthalib, 2005) In addition, the issue of marriage between different races was further developed in the conversations between Loong and his friend, Keong in the hospital. Being the descendant of Peranakan Chinese, created by the mingling of races during the marriage between Sultan Mansur Shah and Hang Li Po back in the 15th century of Malacca, Loong presumed that his mother should have no problem with him having relationship with Orked. However when discussing the issue further, Keong commented that the idea of mixing races is considered so much more difficult in the present compared to hundreds of years ago. (Mohamed Al Amin, 2008, p. 4-5) Through their conversations, we get to know how most of the people nowadays perceive marriage between different races. But what Yasmin wanted to deliver was something simpler. According to Robert Williamson, during Orked and Loong’s first brief but meaningful meeting, Orked told her friend, Lin "he doesn't know me well enough to like me, but he's in love with me." The film admits that part of the masses may take a firm stand declaring mankind act according to notions of social acceptability, but in fact, deep down we are dominated by our natural instincts. As such, we do not have to understand someone to love them; we should love someone for who they really are as we need no reason to love. (Ahmad, 2005)

Furthermore, Yasmin also quietly uncovered the issues of injustice and discrimination through a critique of the arbitrary way scholarships are given. In the film, Orked’s mother and Kak Yam highlighted this in a conversation about Orked receiving a government scholarship to study overseas but not Loong who scored better in the national exams. (Goh, Gabrielpillai, Holden, & Khoo, 2009, p. 110)

Sepet occupies the inversion or blurring of stereotypes. Malaysians evidently traverse cultural and ethnic boundaries in their daily lives. (Wong, 2005) Including the scene whereby Orked dressed up in telekung (Muslim ladies’ prayer cloth or veil) reciting Koran in Arabic. After she’s done with her prayer, she opens her closet to reveal a bunch of Takeshi Kaneshiro’s posters pasted all over the doors. This revelation contradicts with our typical perception of a religious girl, and as if to debate the stereotypic perceptions of certain communities in the nation as well as the stability of common classifications to explain ethnic groups, the contradictions can be found all over the film. Moreover, the scenes did not just challenge the stereotypic perceptions, but also tell us that we can be religious and appreciate other cultures simultaneously. (Beh, 2006, p.4-5)

To sum up, Sepet is a hybrid product that unfolds a more multi-ethnic face of the nation while smartly unveiling issues that are deemed sensitive in Malaysia. It is a great channel for us to understand the society better and therefore highly recommended to those that have liberal views.

Beh, C. (2006). The Portrayal of Multiculturalism in Malaysian National Cinema: A Case Study of Yasmin Ahmad’s Sepet. Asia Culture Forum 2006 – Whither the Orient. Retrieved from http://www.cct.go.kr/data/acf2006/cinema/cinema-Session%201%20-%20Beh.pdf